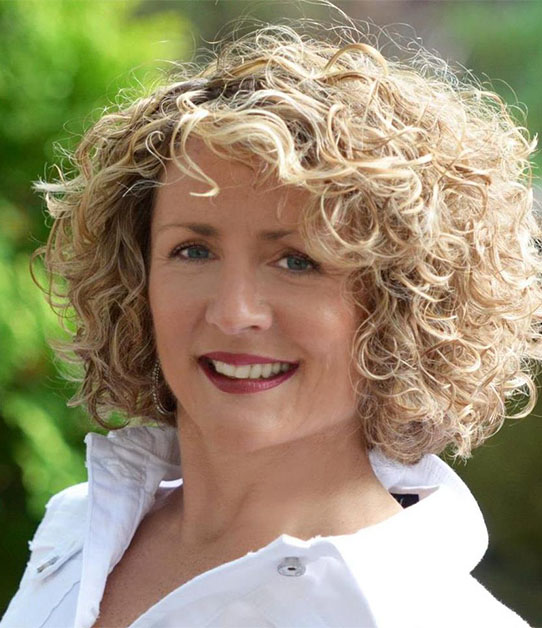 Award-winning author and speaker Jenny L. Cote, who developed an early passion for God, history, and young people, beautifully blends these three passions in her two fantasy fiction series, The Amazing Tales of Max and Liz® and Epic Order of the Seven®. Likened to C. S. Lewis by readers and book reviewers alike, she speaks on creative writing to schools, universities and conferences around the world. Jenny has a passion for making history fun for kids of all ages, instilling in them a desire to discover their part in HIStory. Her love for research has taken her to most Revolutionary sites in the U.S., to London (with unprecedented access to Handel House Museum to write in Handel’s composing room), Oxford (to stay in the home of C. S. Lewis, ‘the Kilns’, and interview Lewis’ secretary, Walter Hooper at the Inklings’ famed The Eagle and Child Pub), Paris, Normandy, Rome, Israel, and Egypt. She partnered with the National Park Service to produce Epic Patriot Camp, a summer writing camp at Revolutionary parks to excite kids about history, research and writing. Jenny’s books are available online and in stores around the world, as well as in e-book and audio formats. Jenny has been featured by FOX NEWS on Fox & Friends and local Fox Affiliates, as well as numerous Op-Ed pieces on FoxNews.com. She has also been interviewed by nationally syndicated radio and print media, as well as international publications. Jenny holds two marketing degrees from the University of Georgia and Georgia State University. A Virginia native, Jenny now lives with her family in Roswell, Georgia. 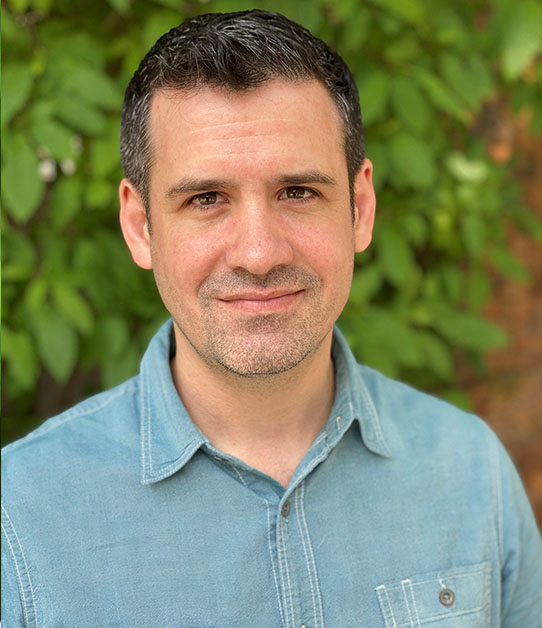 Steve Griffith has been credited in over 60 feature films & commercials while working at Technicolor, Digital Domain, Sony Imageworks, Wieden+Kennedy, Method Studios & now Legend 3D. His credits include Marvel blockbusters such as Ant-Man, Guardian of the Galaxy, and X-Men Origins: Wolverine, award-winning films such as Flag of Our Fathers and The Book of Eli, more well-known television accomplishments such as Watchmen, Stranger Things, and The Walking Dead, as well as co-producing the animated, ABC television series, The New Adventures of Figaro Pho, now distributed on Netflix. Throughout his career, Steve has been an innovator of digital processes and optimizing production workflows, designing project management tools, and building integrated pipelines. 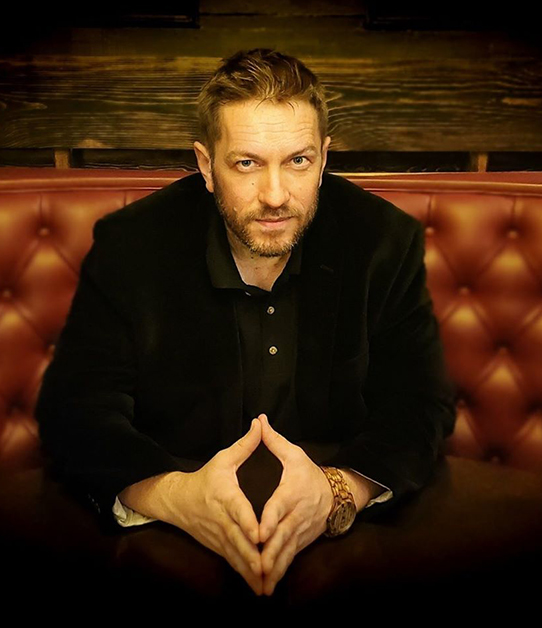 Kyle along with his brother, Kenny, is one-half of the producer/director duo known as Saylors Brothers Entertainment, whose motto “Entertainment with Purpose” encompasses how they approach their work, as well as life. The pursuit of their childhood dreams has led to a path of adventures, from the Lombardi Honors to Sundance premieres to filming for LEE CHILD’s passion projects for the Jack Reacher Franchise. Inspired by films such as Indiana Jones, it sparked a wanderlust that has taken the brothers from palaces to the most poverty-stricken parts of the world, filming in England, Ireland, India, Africa, South Korea, Dubai, Japan, China, Mexico, across the US and Canada. They had their first film, Kimjongilia, screened at the US Capitol private theater which lead to a congressional hearing and the first sanctions against the North Korea prison camps. This led to more films to expose those travesties and bring hope regarding untold stories around the globe.

Kyle is also the creator of Dinner with Dreamers, sharing private creative dinners in five years with over 5,000 Dreamer friends from around the globe, including Nashville (home), London, LA, New York, Phoenix, Orlando, Asia, Japan and more. 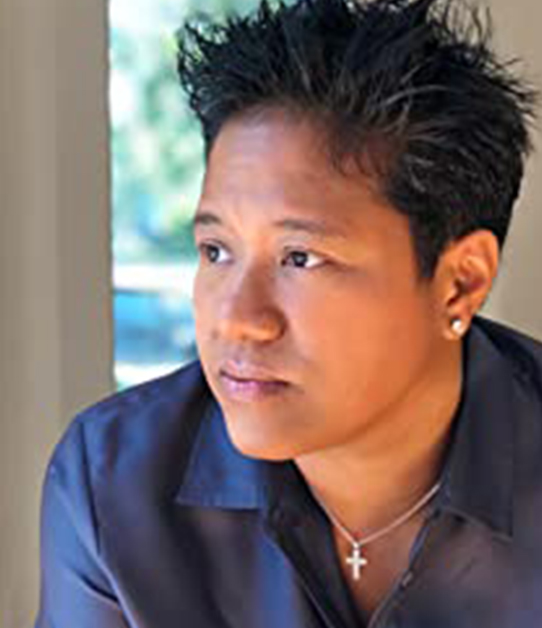 Christine Swanson graduated from the University of Notre Dame then earned her MFA in Film from NYU’s Tisch School of the Arts. She has written and directed numerous award-winning films which have played at Sundance, The Chicago International Film Festival as well as ABFF. Her short film, Two Seasons was the first winner of the HBO Short Film Competition at the Acapulco Black Film Festival (now known as ABFF). Her feature films include All About You starring Renee Elise Goldsberry, star of Broadway’s Hamilton, Woman Thou Art Loosed, All About Us, For the Love of Ruth, To Hell and Back, Love Under New Management: The Miki Howard Story and recently, the highly lauded, record-breaking Clark Sisters: First Ladies of Gospel for A&E Networks. Christine has also directed episodes of Chicago PD and FBI. Christine is a professor of screenwriting at the University of Georgia. She is married to NBC Universal Executive, Michael Swanson and is the proud mother of four children.

Carl Weyant is a prolific and multifaceted artist and producer from New York who made his debut in 2008 as the male lead in the psychological thriller Karma: Crime. Passion. Reincarnation filmed in Ooty, India. This accomplishment was quickly followed by an acting and producing role in Dedd Brothers. In 2010, Carl produced his first feature film Elle: A Modern Cinderella Tale,  which went on to win numerous awards, including Best Picture at the Newport Beach Film Festival in California. Other credits include two years on the daytime serial The Young and the Restless, acting and producing credits for Samuel Bleak in 2013 and The Actor in 2014, and most recently in 2019, a Christian feature film, The Christ Slayer.

In 2015, Carl began to focus on projects that would help push the world forward within the media and technology spaces and became a key designer with the development of logistical tracking and monitoring devices for missing children. Carl also developed a link app that crosses the bridge between consumer and advertisers through image and audio recognition, as well as designing a healthcare app that enables a direct access point from doctor to patient. Carl is currently involved in several virtual and tech projects that help propel industries across the globe.

Along with the prides in Carl’s life – Jesus Christ, his wife, and his daughter – he continues to work within these industries but as a reborn and devout Christian, ensuring that every project brings heart, value, and truth to all humans. In 2019, Carl birthed I Am Creation Studios with individuals that produce high quality, morally intact projects for both ‘faith’ and ‘family’ audiences. His current focus is on Jenny L. Cote’s children’s book series, The Amazing Tales of Max and Liz® and Epic Order of the Seven®, bringing the funding, the talent, and the team to produce, not one, but three, of her books for the feature film screen. 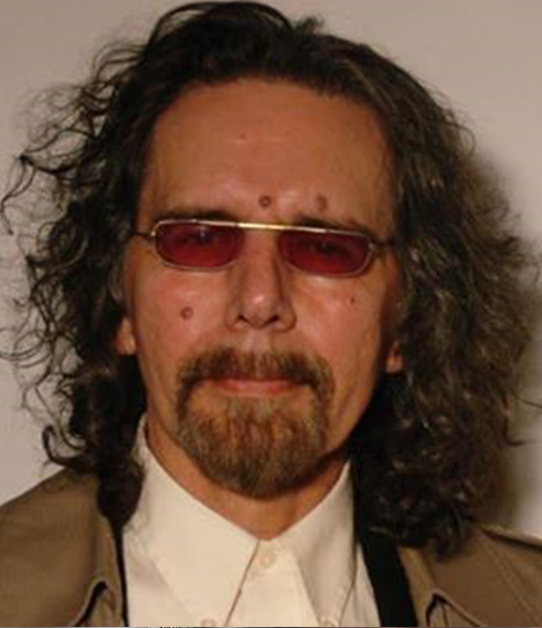 Andy van Roon is a writer/producer/executive producer. He is Chairman/GM of FILMCOM Financing & Distribution Market, an international film, television and documentary market focusing on projects in development that need completion funding or newly completed projects seeking distribution. He has an MFA from the University of Southern California. He was president of the Nashville Film/Video Association, a membership based trade organization. He was co-founder of Nashville Cinema Partners, a video distribution company. He was founding president of FilmNashville, a trade organization specifically designed to facilitate creation of feature films, television programs and documentaries. He was co-founder of FilmNashville Foundation, an organization designed to facilitate funding for documentaries. He was state-wide coordinator to secure Tennessee’s first film incentives legislation, starting with a $10 million fund that has continued to roll annually. He has served on the board of directors of the Nashville Film Festival, and on the board of advisors for the Nashville Screenwriters Conference. It is because of Andy van Roon and the sponsorship of Film-Com that the Faith in Film Conference is possible. 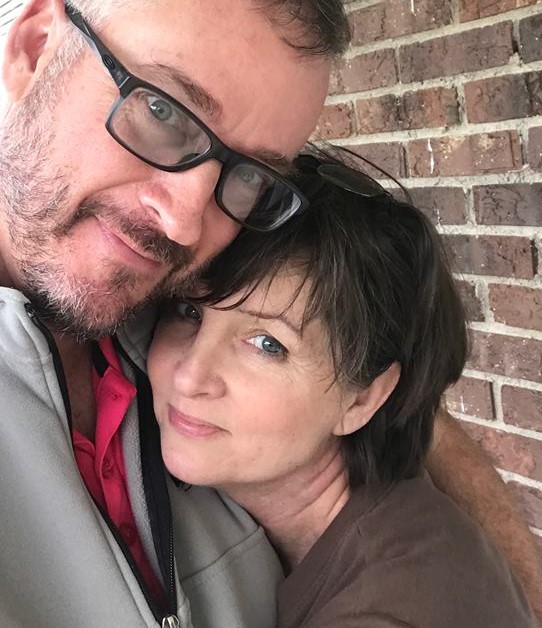 Lori Marett‘s screenwriting career began two decades ago when she won and/or was finalist for many regional and national screenplay contests. Her first adaptation of author Yvonne Lehman’s In Shady Groves received awards and acclaim which opened the door for her to adapt Hollywood producer Ken Wales’ novel, Sea of Glory, for the screen. Continuing to hone her craft as a screenwriter paid off, and her first feature film, Meant To Be, was released in December of 2012 followed by an option for her script adaptation of Beneath a Southern Sky of Deborah Raney’s multi-award-winning novel by the same name. This year, Lori has optioned yet another one of her screen adaptations of author Jenny L. Cote’s first novel in her children’s book series, The Ark, The Reed & The Fire Cloud. Lori has had writing success beyond her scripts, having articles and short stories published in many publications. Working as a story consultant and script coach, she is highly sought out by best-selling novelists such as Steven James, Ann Tatlock, Yvonne Lehman, and Cindy Sproles as well as accomplished screenwriters for her expertise in story construction. Lori also teaches and mentors novice novelists and screenwriters at several writer’s conferences. Lori and her husband, Rodney, directed the Gideon Media Arts Conference & Film Festival for seven years; and, after a hiatus, Lori has returned to the film festival circuit to direct the annual Faith in Film Conference based in Nashville, TN. 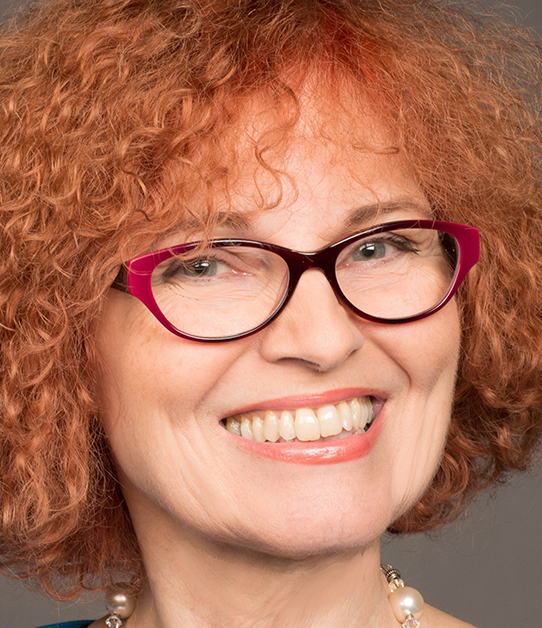 Sandy Brownlee is a red-head and a “creator.” So, what has she “created?” Seven full-length radio dramas, eight full-length stage productions, sketch comedy dinner theaters, and screenplays. She has directed stage productions and short films and was co-creator of Discovery Jones, an original children’s TV program for INSP.

In 2009, Sandy made a direction-altering discovery. It came in the form of a UCLA online grad class in Storytelling 2.0 – Transmedia Storytelling. This was the perfect storm that had been building all her creative life, and she has been learning about this innovative type of story ever since. As a result, in 2015, Sandy earned her Master of Fine Arts Degree in Film and Creative Media from Lipscomb University.

Sandy’s newest venture places her name in the ranks of “authors.” Her first novel is a mystery, The Mirror Lies – and is available at: http://bit.ly/mirror-lies (hint hint).

Sandy is above all, a writer and crafter of interactive story experiences, and her ultimate passion is to bring laughter and healing through creatively – and sometimes absurdly – expressing the Truth.

“I personally and passionately believe that “Entertainment and the Arts” is a territory that Christian Creatives need to claim. We’re children of the Creator, and we need to produce the most amazing, creative, innovative, delightful, insightful, and profound work in the world. We can infect the culture with the Truth.