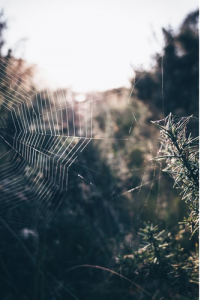 7 Your beginnings will seem humble, so prosperous will your future.  8 Ask the former generation and find out what their ancestors learned, 9 for we were born only yesterday and know nothing, and our days on earth are but a shadow.  10 Will they not instruct you and tell you? Will they not bring forth words from their understanding?  11 Can papyrus grow tall where there is no marsh? Can reeds thrive without water?  12 While still growing and uncut, they wither more quickly than grass.  13 Such is the destiny of all who forget God; so perishes the hope of the godless.  14 What they trust in is fragile; what they rely on is a spider’s web.  15 They lean on the web, but it gives way;they cling to it, but it does not hold.

Even though the Faith in Film Conference has been in existence for a decade, this year, Sandy Brownlee and I have taken on the leadership role of directors. While we bring a vast amount of combined experience to the table, we are novices with this venture and have questions. Lots of questions! So, we have turned to the founder of Film-Com, Andy van Roon, and fellow Filmolution partners for their insights, as well as reaching out to our friends in the film and television industry for their support and their wisdom. Most importantly, we have searched the Bible for guidance, and the above passage from the book of Job perfectly encapsulates how Sandy and I will serve in our leadership role in the Faith in Film Conference.

~ We recognize the past; yet, focus on the future.
~ We seek guidance from those creatives who have come before us.
~ We acknowledge it is God that has gifted us and has a plan for us.
~ We will not lean against spider webs. We will stand on the Word.

Our beginnings are humble; and, it is in that vein we will serve you in our 2020 Faith in Film Conference, paying homage to the past so that “prosperous will our future be.” 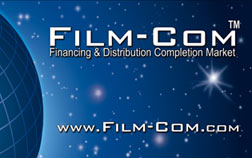 In 2009, Andy van Roon founded and created FILM-COM, a Nashville-based event designed for content creators who hope to see their projects (feature films, scripted television, unscripted television, and documentary projects) packaged and financed, and secure distribution to both domestic and foreign markets in order to monetize and provide some return-on-investment to those who initially helped capitalize their projects.

Now in its 11th year, FILM-COM has thus far brought in over 200 industry executives from Los Angeles, NYC, and elsewhere, to meet with creators of over 700 new projects, enabling the forging of lasting business relationships and the launching of current and future projects.

While designed for content creators and not general consumers, Andy van Roon, recognized the need for creatives to hone their crafts in film and television and expanded FILM-COM to include Filmolution partners such as Score-Com, the Faith in Film Conference, Script-Com, SWIFT Summit (Southern Women in Film and Television), Cine. Television Conferencia, and Actor-Com.

In 2019, there was a shift in leadership for the Faith in Film Conference and Andy van Roon began his search to find someone to take the reins. Word spread and when Nashville filmmaker, producer, and director, Kyle Saylors heard of the need, he recommended someone he’d known for the past decade for the job… screenwriter and conference/festival director, Lori Marett.

Lori and Rodney Marett had been separated and divorced for three years when God revealed His plans for this couple: their past was forgiven and the future He had for them would be prosperous – if they trusted Him. And if they gave their marriage a second chance.

In 2007, Lori and Rodney remarried, but there were details to discuss. One concern was how to navigate Lori’s writing career while restoring her role as a wife a mother to three young girls. Having been encouraged by film industry professionals to move to Los Angeles to pursue her screenwriting career, Lori felt God was telling her to grow where she was planted, which was on the other side of the country in the mountains of western North Carolina. In response to God’s leading and to encourage Lori’s skills as a screenwriter, Rodney suggested they create the Gideon Media Arts Conference & Film Festival – the conference portion of the event offering workshops in film and television such as screenwriting, acting, music and scoring, etc., while the festival portion of the event allowed up-and-coming filmmakers a platform to screen their films.

Some of those early filmmakers to screen included Dallas Jenkins, director of The Chosen, who brought his first feature film, Midnight Clear, in 2008, and Jon Erwin of the Erwin Brothers, who screened twice (2009 and 2011); first, with his documentary, The Cross and the Towers, and a second time with October Baby. Brothers Jon and Andrew Erwin have since gone on to produce and direct I Can Only Imagine and I Still Believe.

The spiritual aspect and the networking possibilities of Gideon was just as important as the technical classes and workshops offered, encouraging creatives to build a supportive community around themselves while strengthening and deepening their skills. Seven years of developing those relationships would prove to be impactful when Rodney and Lori decided that God was leading them to close the doors to the Gideon. At the time, Rodney, worked as a medical contractor in the Middle East living over-seas most of the year, and found it difficult to support Lori with the Gideon. In 2012, the difficulty came to a head. At the last minute, Rodney unable to leave Afghanistan and unable to help Lori direct the 5th annual Gideon. The “Giddies” knew this would be overwhelming for Lori and stepped up to help her over-see all the aspects of the five-day festival that her husband would have handled had he been able to come home. This was the first time the couple heard God whisper Gideon would soon come to an end.

Had they heard God correctly? Stop Gideon? At the time, there was nothing else like the Gideon offered on the east coast for Christian filmmakers. The educational tracks. The platform to screen new filmmakers. The spiritual feeding. The emotional support. The networking! What would happen if Gideon stopped? It took two more years after that whisper for Lori and Rodney to hear God loud and clear. Gideon would breath her last breath in 2014. Even though friendships had been forged and those personal and business relationships would thrive in the years to come, the institution was gone. Gideon was gone.

*see HISTORY OF DINNER WITH DREAMERS

Nothing stops Kyle Saylors. After his divorce he made a choice – he decided to refocus and reinvent himself. The Gideon Media Arts Conference & Film Festival had also ended, of which he had been a film instructor for six years, making it difficult to maintain those friendships. He made a mental list of what he could do to keep his relationships strong, so he did the unexpected… he hosted a party at his log cabin.

A small guest list of creatives morphed into almost 100 people. So, he threw another party. This time over 200.

The concept of connecting with creatives morphed again. Instead of a huge gathering at the log cabin, the parties transformed into dinners. These dinners extended out into the city of Nashville where he, and a limited number of friends, would meet at restaurants. These gatherings became more frequent, and the friends began to invite their friends until it became a dinner with a purpose, a Dinner with Dreamers – a uniquely Kyle-chillax networking event.

The collective called Dinner with Dreamers was born.

Kyle created an event where visionaries of all levels in film, television, music, publishing, non-profit, entrepreneurs, and world-changers, collide in one night. While the dinners are usually limited to about 20 people, several times a year it is open to hundreds of people to provide the opportunity to mingle with other creatives you might not otherwise have the chance to meet. For Kyle, everything is building a community. “This group is not about pitching. This is a place to build relationships to do life with, make projects, and create influence in the world. The randomness is where the magic happens. You will meet and befriend people that you would have never met anywhere else.”

Amazing. The humble beginnings of like-minded people having dinner at a log cabin has now grown completely out of control to be a global event, where dinners pop up at random places around the world with random people. It’s all about community. It’s all about relationships. It’s not about elbowing your way into the room. It’s about getting to know the film and television industry, the individuals who work in it both experienced and novice, and discovering and developing one’s own skills.

Out of control.
Seemingly random meetings.
Colliding with creatives.
Doing life without elbows.

So, when Andy van Roon put the word out that he needed someone who could step into the leadership role of the Faith in Film Conference, Kyle had someone he could recommend.